Suzuki and Toyota have announced new reduced rates for their car amid the rupee gaining value against US dollar. The new vehicle prices are applicable from 16 August 2022.

During the rupee inflation in the last two months and higher prices of raw materials, Suzuki and Toyota had increased car prices. The change in prices became effective after 28 July 2022 however in the month of August, the Pakistani rupee recovered significantly in the interbank market against the US dollar.

Following the decline in US dollar value,  the vehicle prices in Pakistan have also decreased as announced by Indus Motors Limited. Pak Suzuki Motor Companies and Toyota Pakistan have reduced and announced new prices for all variants of their vehicles.

The new prices are applicable from 16 August 2022 on all upcoming orders. However, these prices are subject to change as per the market trends and rupee fluctuation. Besides, any taxes or levies applied by the government at the time of delivery will be paid by the customers. 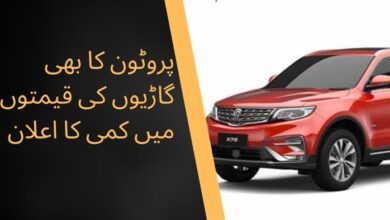