Former Prime Minister Imran Khan has moved to IHC and challenged the ban on live telecast of his speeches. After the abolishment of PEMRA’s notification by the Islamabad High Court, all the channels can now telecast Khan’s live speech.

Pakistan’s Media Regulatory Body has banned the live telecast of Imran Khan’s speech on all channels after his controversial remarks against police, Judiciary, and other sensitive state institutes during his speech in Islamabad.

PEMRA imposed a ban on Khan under the allegation of “spreading hate speeches among the nation”. Also, the authority said that Imran Khan has violated article 19 of the constitution. However, PTI leaders condemned the decision by considering it another effort to “silence” Imran Khan.

Khan moved to IHC and challenged the ban. IHC Chief Justice Athar Minallah heard the case regarding the PEMRA’s ban challenge and lifted it claiming that the institute has exceeded its authority. “In the current situation, there is no proper reason to ban Imran Khan’s speech. The PEMRA has no power to issue any such restraining order.”, Chief Justice stated. Also, the court has asked for an explanation from Pemra on the issuance of the ban notice. 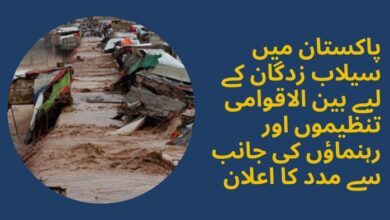