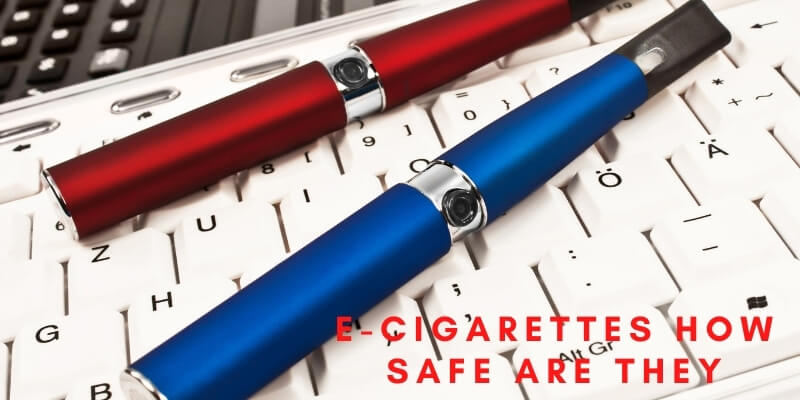 The City of San Francisco has become the first government in the United States to prohibit the sale of e-cigarettes. However, they are employed by the NHS to assist smokers in quitting in the UK, so what is the real story about e-cigarettes’ safety?

What exactly are e-cigarettes, and how do they function?

Vape pens, also known as e-cigarettes or vaporizing devices, are battery-operated smoking devices that heat a liquid containing nicotine, propylene glycol, and vegetable glycerine, along with flavorings. Users breathe in the vapor produced by these devices, which contain nicotine, the addictive component of cigarettes.

Nicotine is far less harmful than the many hazardous chemicals present in cigarette smoke, such as tar and carbon monoxide. In contrast to regular cigarettes, nicotine does not cause cancer, killing hundreds of smokers every year. That’s why the NHS has utilized gum, skin patches, and sprays to help people stop smoking for many years.

According to the UK’s Royal College of Physicians, physicians, and public health experts, e-cigarettes pose a fraction of the danger of cigarettes based on current evidence.

Vaping has been compared to smoking multiple times, with most studies finding it to be considerably less harmful than cigarettes. A meta-analysis of 71 additional studies concluded that e-vapor is about 95% less hazardous than combustible tobacco. According to Professor Ann McNeill, who authored the study, “e-cigarettes may be a game-changer for public health.”

That being said, they are not without risk.

Although e-cigarettes do not contain tobacco, they may still have some hazardous chemicals present in cigarette smoke at significantly reduced levels.

The vapor was linked to changes in the immune cells of the lungs in a modest, early laboratory study. It’s still too soon to determine whether or not e-cigarettes are safe, but scientists believe they pose far fewer threats than smoking.

Is the vapor dangerous?

There is presently no evidence that vaping causes harm to others. Compared to the proven health hazards of second-hand tobacco smoke or passive smoking, e-cigarette vapor poses a minimal health risk.

Is the United Kingdom out of step with the rest of the world?

The UK is proceeding with caution when it comes to e-cigarettes, as the US has done. The UK’s approach, however, differs significantly from that of the United States. E-cigarettes are considered a valuable tool by the government to help smokers quit smoking.

There is no chance of e-cigarette sales being prohibited, as was done in San Francisco. The goal in San Francisco is to prevent young people from smoking rather than cutting the number of smokers.

According to a recent study conducted by Public Health England, e-cigarettes were most prevalent among consumers because they helped quit smoking. It also claims that there is no evidence that e-cigarettes are enticing young people into smoking.

According to the organization’s website, “cancer researchers at Cancer Research UK have conducted one of the most comprehensive analyses of e-cigarette research ever published.” The study, which examined 14 previous studies and 2,000 participants, revealed that e-cigarettes are associated with smoking reduction. According to Linda Bauld, a leading researcher on cancer prevention for Cancer Research UK, “the overall evidence points to e-cigarettes assisting people in quitting smoking tobacco.”

There are signs that rules on e-cigarettes in the UK could be relaxed further.

A group of MPs has proposed that smoking bans be relaxed in certain areas and on public transportation in the United Kingdom, where smoking rates have dropped to around 15%.